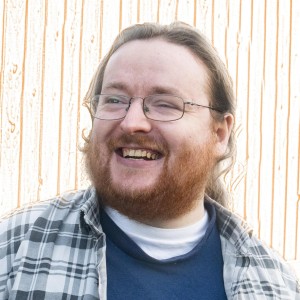 We often see simplicity & minimalism as synonymous with each other. I don't agree. It's not just about less. There's far more at play here...

So I wanted to chat a little about simplicity, which is quite frankly the name of my business. I am a simplicity specialist, but I want to go about redefining that slightly.

Simplicity doesn't necessarily just mean less. Simplicity and minimalism is often synonymous with each other and designed to be the same thing. Simplicity equals minimalism equals less, but sometimes simplicity means more.

I just had a little bit of an etymology boogie on the word simplicity, and it's quite fascinating. Simplicity means singleness of nature, unity, indivisible immutability.

It's one thing it's singleness in nature. It is a whole of bringing it all together doesn't necessarily mean it has to be just one thing or less things. It just means it unifies itself together.

A lot of what I do as a simplicity specialist is helping people to bring all of the moving pieces together. It's about taking these disparate ideas and thoughts and things and piecing them together to create a whole an understanding of what that looks like in your business or in your life.

Often, when I speak to people, when they first start wanting to have a notion system or something, they're like: “I want to get rid of everything.” “I want to replace everything with notion because that's simpler.”

But if your clients can't get on with notion, then it's not simpler. It's more complex. Being able to simplify your systems isn't necessarily about doing less with them sometimes it's about adding more.

An example of this that I've been dealing with recently is I've used Dubsado for contracts and all the little pieces as I've been doing more building work and the idea is, oh, one app rather than four or five simpler right? Well no – because it didn't fit with my brain.

In fact, it confused the absolute shit out of me meaning it wasn't simpler. It was more convoluted and complex and more difficult to understand it was frustrating. The simplicity wasn't there, it wasn't a oneness or wholeness and understanding of what's what… So I split it up.

I've now with my onboarding using three or four different platforms, disparate platforms being bought together as a single wholeness using the joys of Integromat and Zapier, of course, but it's bringing it all together.

Sometimes simplicity is adding more, not just taking things away.

What you think of:
Why Simplicity ≠ Less…?

I believe in the bioindividuality of business –– and you should too.

I’ve been searching for ages for a good way to describe why I do what I do the way I do it then I discovered “Bio-individuality”. It summed it all up for me.

There’s no doubt that hustle culture has taken over the business world. Everywhere you look, people are talking about how important it is to hustle

Your Systems Are A Safety Net!

A system is not something that needs to fix you or make you better. A system is a safety net. In a previous episode, I

Productivity is 100% personal. As I mentioned in a previous episode, productivity is about being in service to lead/show up in the way that works

If you’re feeling guilty about your productivity, you’re not alone. There is an obsession with being hyper-productive and getting more done. However, productivity is about more than just completing tasks. It’s about developing and leading yourself in the direction you want to go. The key is to find a way of working that is in service to the best possible version of you.

I often talk about systems when I meet with different people. It is a popular topic among business owners who want to scale. But what

Yesterday, I spoke about redefining simplicity about how simplicity isn’t about less or more. It’s about finding enough in the context you’re in. A lot

Read More »
17/11/2022
We use cookies on our website to give you the most relevant experience by remembering your preferences and repeat visits. By clicking “Accept”, you consent to the use of ALL the cookies.
Cookie settingsACCEPT
Manage consent